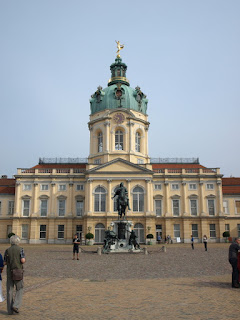 We spent a big part of our third day in Berlin enjoying Schloss Charlottenburg and the beautiful park behind it. The palace suffered great damage during WW II. Luckily much of the contents had been moved for safe keeping elsewhere. A lot of restoration work was done from the 1950s into the 1990s. The palace was built as a summer home in stages between 1695 and 1746. 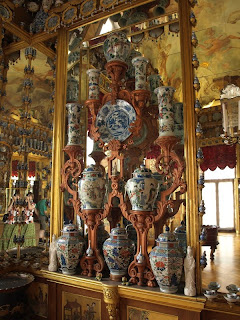 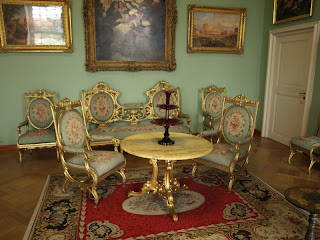 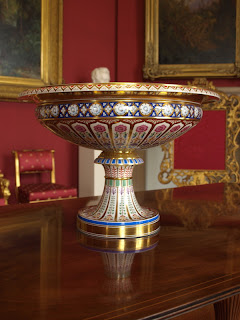 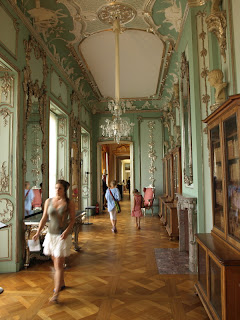 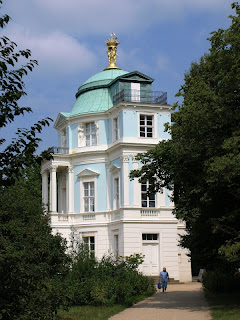 This is Belvedere, the tea pavilion. Today it serves as exhibition space for the porcelain collection. 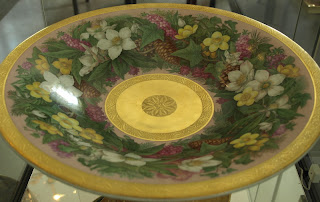 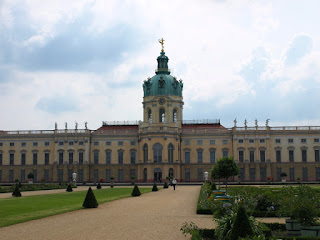 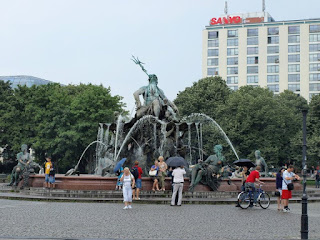 This is the Neptunbrunnen. Neptune is surrounded by four goddesses representing the most important rivers in Germany. The afternoon was quite rainy. 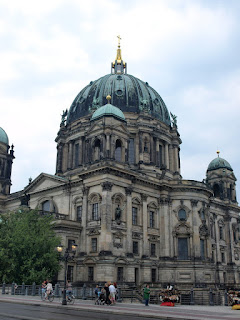 This is the Berliner Dom. The cathedral was restored in a simplified form after WW II. 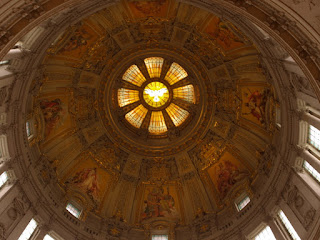 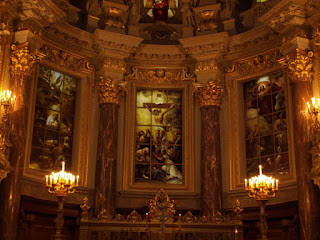 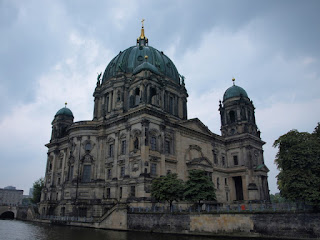 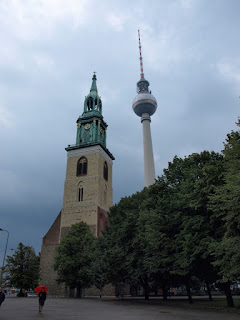 Marienkirche and the Fernsehturm. There is a viewing platform in the tower. It would have been interesting to go up there, but the queue was long and Mirja wasn't very co-operative...
Posted by Unknown at 19:56

Email ThisBlogThis!Share to TwitterShare to FacebookShare to Pinterest
Labels: Berlin