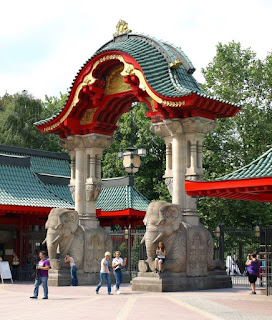 After a good night's sleep and a big breakfast we were ready to start our second day in Berlin. We visited to the Zoologischer Garten, which is one of the oldest and biggest zoos in Germany. There is also a big terrarium and aquarium with lots of pretty snakes, lizards, frogs and fish. The girls really loved it! 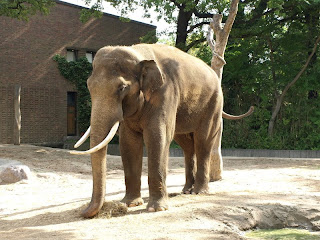 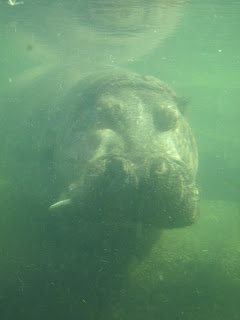 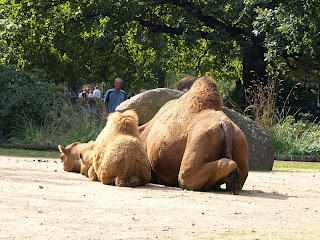 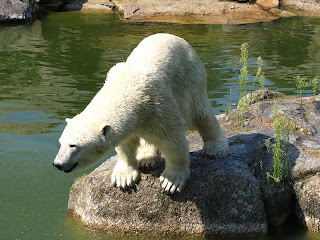 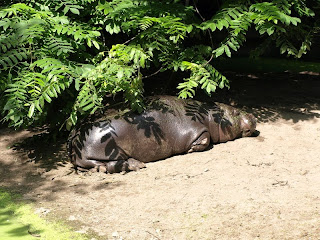 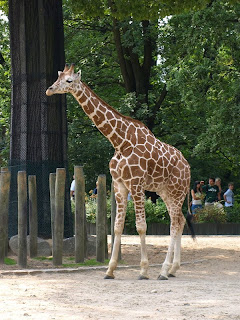 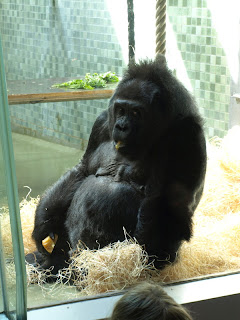 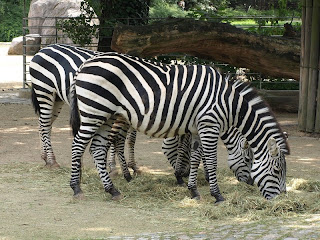 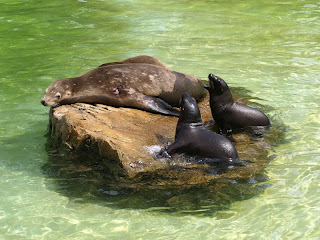 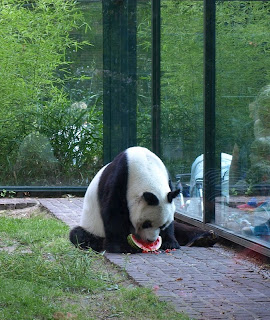 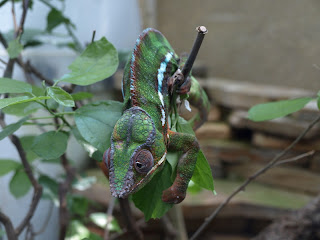 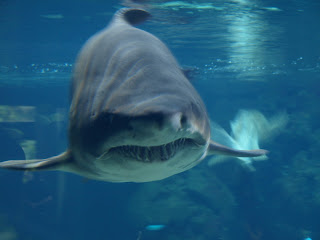 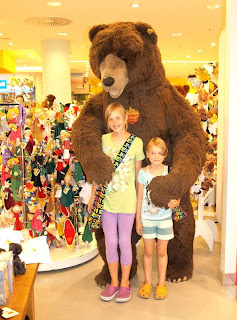 After a late lunch, we went to KaDeWe. It's the biggest department store in Europe. I've never seen this many toys in one place! While my husband looked at model railway stuff, we girls admired this enormous bear. 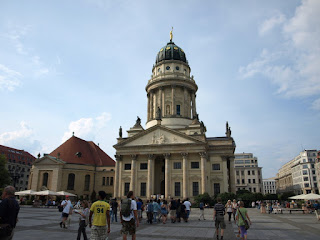 We also went to the Gendarmenmarkt. We climbed up to the balcony of the Französischer Dom to enjoy the view. This is the Berliner Dom and the Fernsehturm (television tower) seen from the balcony. 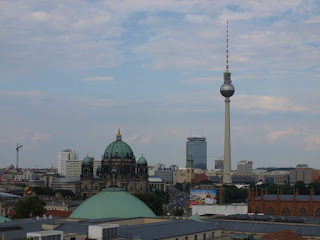 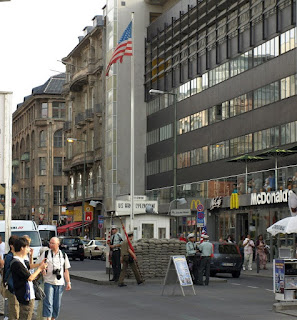 The last stop for the day was Checkpoint Charlie and Haus am Checkpoint Charlie. This was the only crossing point between East and West Berlin. The booth seen here is a replica complete with the sign "You are leaving the American Sector". The museum tells about the Cold War border conflicts, the construction of the Berlin Wall and the escape attempts of East Germans to the West.
Posted by Unknown at 18:06

Email ThisBlogThis!Share to TwitterShare to FacebookShare to Pinterest
Labels: Berlin, my girls